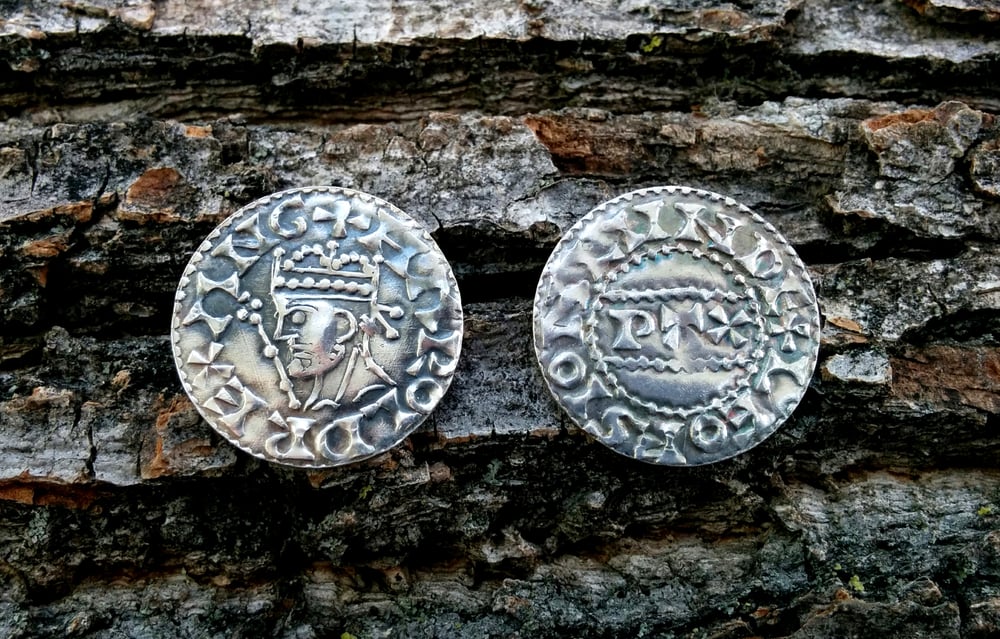 Last of the Saxon kings, Harold lasted only 9 months on the throne.

Having no heirs, Edward the Confessor, King of England, had promised William I ("The Conqueror") the throne. However, Harold, a rival of William had illegitimately seized the crown upon Edward's death. William's revenge began at the Battle of Hastings in AD 1066, avenging his rightful place as king.

PRODUCT INFO:
- cold struck from solid .925 sterling silver [historical purity](see methodology)
- 19mm, ~1.3-1.5g per coin (like the originals, coins are fairly thin and light weight)
- Just like the originals, each is hand struck, so allow for slight irregularity and variance from the photos