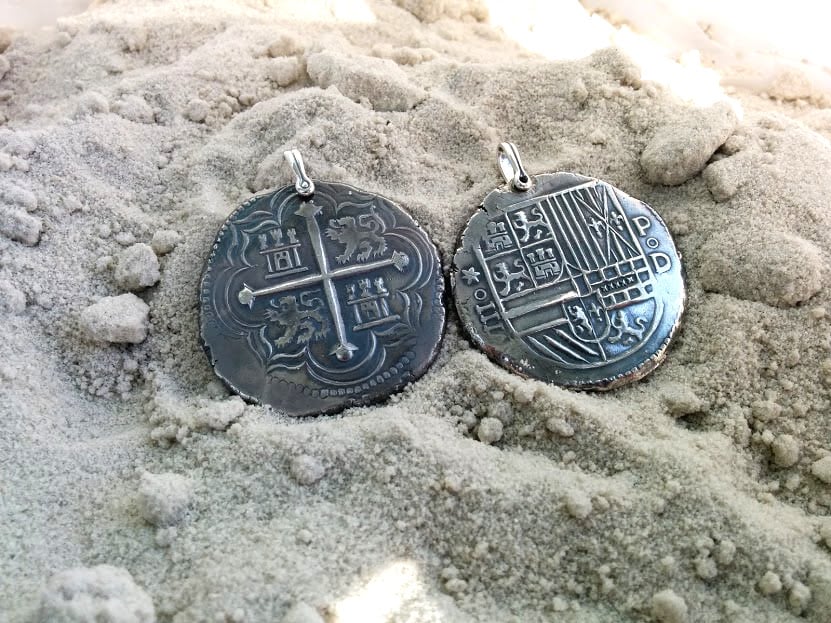 The most iconic coins of sunken Spanish galleons, buried beneath white shell sands and a Caribbean blue sea.

These are uniquely bold statement pieces as pendants, capturing the imagination with azul Caribbean seas, home to lush emerald islands filled with treasure to be had in the Golden Age of Piracy!

PRODUCT INFO
- Hot struck from ~26-27grams of 99.9 pure silver
- ~35-40mm in diameter
- Just like the originals, each is hand struck, so allow for slight irregularity and variance from the photos
- Solid sterling clasp (not cheap silver plated copper)