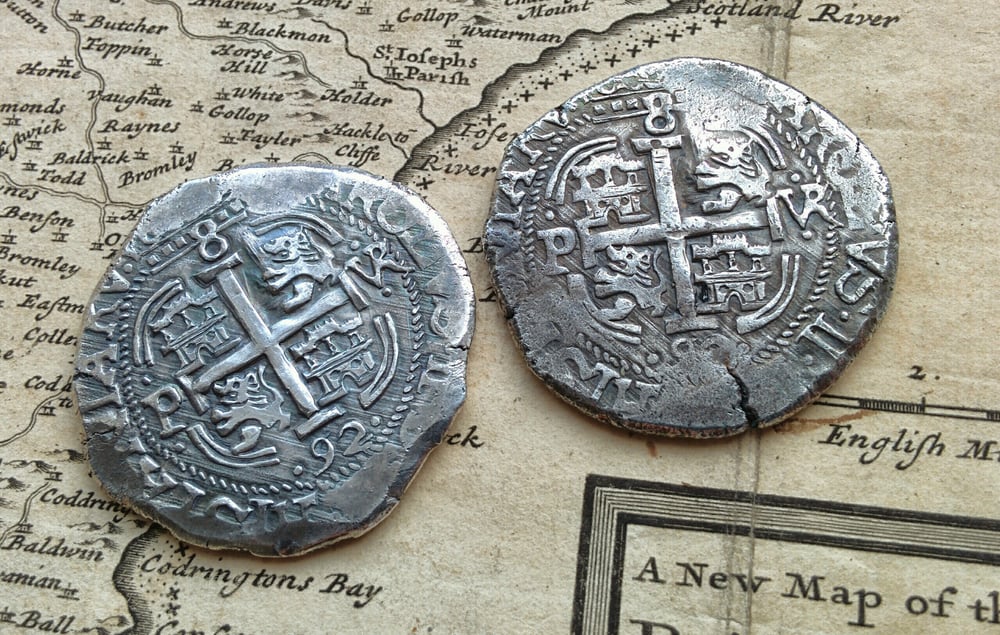 These are uniquely bold statement pieces as pendants, capturing the imagination with azul Caribbean seas, home to lush emerald islands filled with treasure to be had in the Golden Age of Piracy!

These particular coins are marked by another story. They are dated 1692, the same year the most infamous pirate haven and slave trade center in the Caribbean - Port Royal, Jamaica, was forever swallowed up by the sea in a violent earthquake and ensuing tsunami. The infamous pirate, Captain Henry Morgan was governor of Jamaica, and found his home in Port Royal. With rampant piracy, and brothels far exceeding churches, the now sunken city had once garnered a reputation as ‘the wickedest city on earth’.

PRODUCT INFO
- Hot struck from ~26-27grams of 99.9 pure silver
- ~35-40mm in diameter
- Just like the originals, each is hand struck, so allow for slight irregularity and variance from the photos
- Each coin shipped outside of Canada is marked discreetly with a tiny punch on the back or side making it a legal 'replica'