William I The Conqueror 1066 Penny Earrings 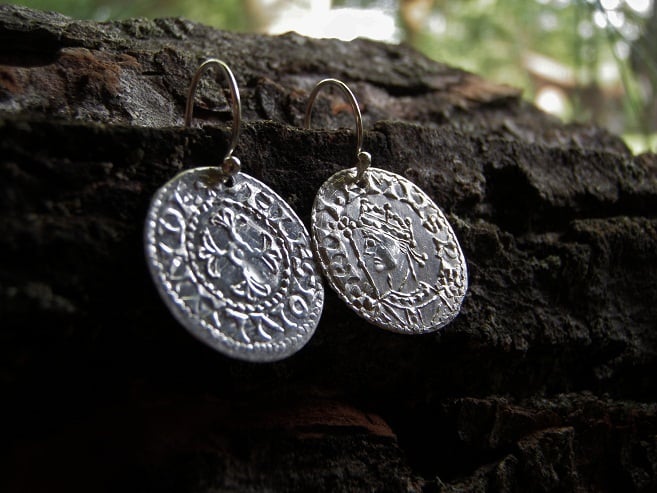 William I, 'The Conqueror', duke of Normandy, led the last successful invasion of England.

Having no heirs, Edward the Confessor, King of England, had promised William the throne. However, Harold, a rival of William had illegitimately seized the crown upon Edward's death. William's revenge began at the Battle of Hastings in AD 1066, avenging his rightful place as king.

He was crowned king in Westminster Abby, December 25th, 1066. William was the first of many Norman kings to rule England.