William I The Conqueror 1066 Penny Pendant 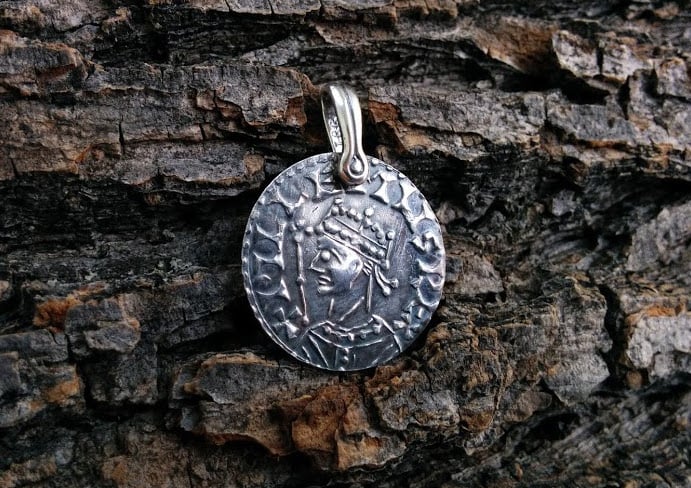 This is as close as you can get to owning an authentic silver William I penny without breaking the bank. Might be the first of this type hand struck since the originals from 1066/67! Also a tribute to the upcoming King William.

William I, 'The Conqueror', duke of Normandy, led the last successful invasion of England. Having no heirs, Edward the Confessor, King of England, had promised William the throne. However, Harold, a rival of William had illegitimately seized the crown upon Edward's death. William's revenge began at the Battle of Hastings in AD 1066, avenging his rightful place as king.

During the battle, Harold was fatally struck in the eye with an arrow. In disarray, his army fled to the forests. William pressed north and began to sack and burn opposing English towns and cities.
He was crowned king in Westminster Abby, December 25th, 1066. William was the first of many Norman kings to rule England.

PRODUCT INFO:
- cold struck from solid .925 sterling silver [historical purity]
- 19mm, ~1.3-1.5g (like the originals, coins are fairly thin)
- Just like the originals, each is hand struck, so allow for slight irregularity and variance from the photos
- As with all of our coins, they are double sided and therefore reversible to flip and wear whichever side you choose.
- Pendant clasp is solid sterling silver (not cheap plated copper)